It's also an iteration on that old concept of the "lights out" game. But it's real time and unnerving and a little broken (but in a purposeful way, "obviously" :P).

Finally, a virtual pet game *for* and *about* me!

Seriously though, whenever people ask why I don't like virtual pets or relaxing games like animal crossing or stardew valley, I tell them because I only like games that stress me out. Well this stressed me the fuck out, and I loved it! The combination of the sounds and the visuals were super unnerving, and I loved the unnatural way the limbs moved, and the slight parallaxing you have with the figure and the background is *primo* stuff.

I think one of the main issues I have with the game is that the lose condition isn't that any single limb moves too much, it's that all of them move for too long. This means that as long as I made sure I had control over one or two limbs, I could completely ignore the other ones. A little after I started playing I also realized that limbs only woke up on a random timer or if I woke them up with one of the humours that is assigned to them. This means that the ideal way of playing was to pick a limb or two and wait until it moves, then press a button to make it stop, while completely ignoring all the other limbs. This actually made the game kind of relaxing, especially given the fact that it doesn't seem like it gets more difficult as time goes on.

There are a bunch of different ways to fix this. I think the best overall change would be to make the game about making sure no single limb moves too much or for too long, rather than all of the limbs, so that players aren't encouraged to just focus on one or two limbs.

If you want to keep the boolean-based interactions, I think you can either make the timer get shorter and shorter as time goes on (until the game gets pretty much impossible, which feels like it would be a nice, stressful end) OR you could move the buttons around. Either switch their positions with each other or just have them disappear and pop up in random spots on the screen every so often as the game goes on, so that the player is never given an opportunity to zone out.

If you aren't married to boolean-based gameplay, then maybe it'd be worth exploring to make each limb run on a value that slowly builds up, which the player has to decrease by pressing a corresponding humour button one or more times (which might *increase* the value of a different limb, since in the boolean-based version pressing a single humour could put one limb to sleep and walk another one up). I think that the frantic gameplay of having to press a bunch of buttons multiple times would suit this kind of stressful, nightmarish game more than having to move between buttons and press them each once. At the very least it might be a gameplay direction worth exploring.

I am almost positive I had a nightmare like this when I was 10. I played a lot of flash games back then and this reminded me a lot of Torture Game 2 on NewGrounds. It's so weird and confusing and I have kinda no idea what's going on but I love this. Good art work, works perfectly for the setting - Horrifying music - Great choice of fluids(?) Also is that a picture of you? I have so many questions and this game simultaneously answers them all and creates more - just like the glorious, infinite, expanding loop .. oh god - even in the real world I cannot escape it . it will follow me always .,. the only solution is to give into the awe inspiring , all encompassing cycle

Are you sure you didn't play this game in the womb? :-)

Abby - this game is so strange, not that I expected anything else. Visually and audio-wise, I think you nailed that unnerving vibe, and every element really works together. Using the 4 humors was a clever idea that fit nicely with the theme you’ve got going on as well.

I don’t have much criticism for this. I’m a little torn because I sort of agree with what Miles said about thinking that the control scheme should feel a little more frantic, but I also enjoy the grueling work of simply pressing one button at a time and paying attention, forever. I kinda want there to be some sort of sound when you lose? & the loss condition itself felt a little inconsistent at times - sometimes when I’d start the game, almost all the limbs would immediately be moving super fast and I’d have like, one second to fix it before losing, while other times I didn’t touch any of the buttons for ages and it didn’t end. Also, the blood button wasn’t working for me (maybe that’s the brokenness you were referring to in the description?).

But yeah, I really like that you made something very intentionally unsettling like this. You have a real strength for making funky experimental games with a super powerful and specific aesthetic.

Hey Abby! Great job! While I hadn't thought about it before, "spinning plate" games and virtual pet games are a pretty interesting match! Great idea to put them together, and you executed it well, with great style.

I think my one comment would have to be on control scheme, as while I think clicking works for the game, I can't help but feel like having to constantly mash buttons that are in four different corners of the keyboard to "calm the creature." I think that may give more of the frantic feeling that I got from the limbs moving. Still, clicking isn't bad, and you may have thought about/tested the above and it didn't work, but that was the one thing on my mind while playing.

Overall I still really did enjoy your game. I really enjoy the fact that you rejected the stereotypical "cute" vibes of virtual pet games :) 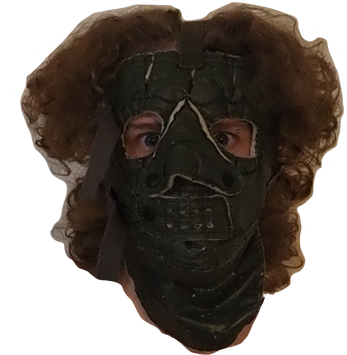